Some info on Spec Tennis Paddles. 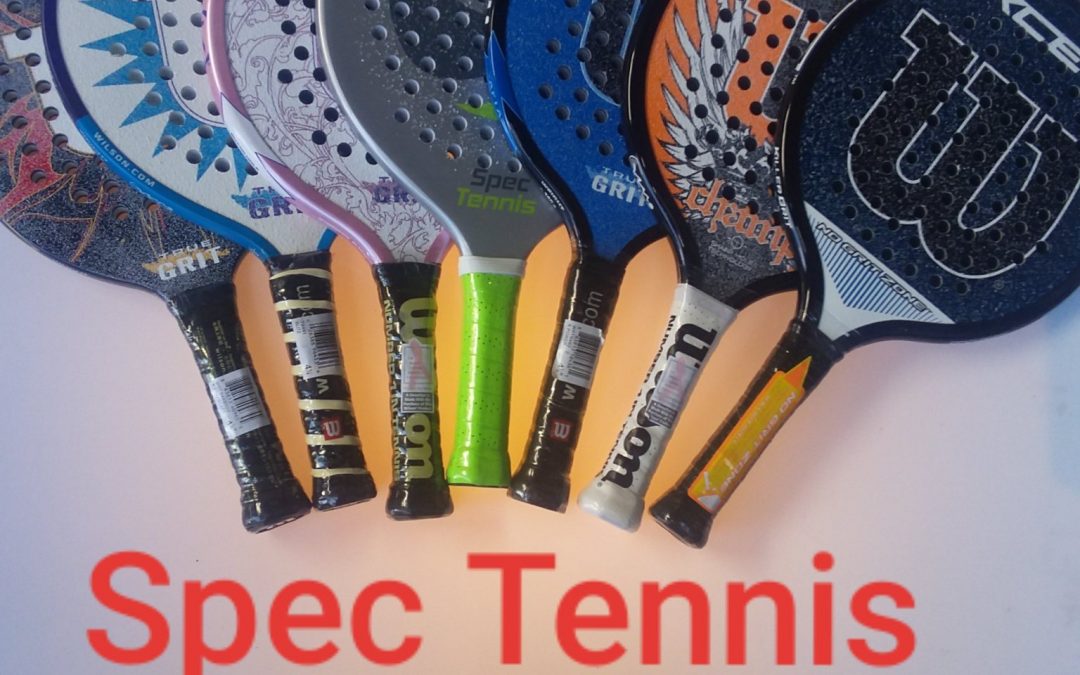 We here at Paddles4less are always looking for the next new thing in Paddle sports.

And we have been getting alot of questions about Spec Tennis-Spec Tennis is basically Paddle or Pop Tennis on a Pickleball court.With the tremendous growth in pickleball ,there are now over 15000 courts nationwide but unfortunately Paddle Tennis never had the luxury of that many courts so it has stayed sonewhat contained to California New York and Florida.

But Spec Tennis has taken the next step to allow another sport to utilized the Pickleball craze. And one if the major complaints with Pickleball is the NOISE it creates with the striking of the plastic ball and many feel A very annoying sound ,especially to Tennis players. Well Spec Tennis uses a orange dot depresurize felt tennis ball similar to the depresurize felt tennis ball used in Paddle and Pop Tennis so the NOISE factor is FAR less,and in Spec Tennis a thinner beamed paddle of only 3/4 inch thickness is allowed, and Spec Tennis is not allowed to use the Thicker Spanish Padel style paddles that have taken over in the sport of Paddle Tennis and Pop Tennis. The thicker 29mm,33mm and 38mm thicker paddles create more of a louder popping noise and a much harder more powerful ball that is NOT allowed in Spec Tennis.

The reason we expect Spec Tennis to grow is the fact that many Tennis playethealso do not want to play Pickleball for whatever their reasons ,,but feel more inclined to want to play Paddle Tennis and now Spec Tennis.

We offer several very good options of paddles to play Spec Tennis with , we currently have the new Green,Silver Spec Tennis paddle ,Or we have several options of the Wilson Platform Tennis paddles .the -Xcel,Champ,K Power,K Hope ,K Prostaff and Blitz,and all of these models are on the lighter side of 380g except the Blitz with is 390g.

All of the above Wilson paddles have LOTS of texture on the face of the paddle for ultimate spin and ball control, and all of these paddles can also be used in the sports of Paddle Tennis and Pop Tennis, although the majority of Pop and Paddle Tennis players use the wider body 29mm,33,and 38mm but there are still many top level players that continue to use the thin beamed paddles because they like the control of these paddles.

We think Spec Tennis will catch on and grow simply because even Pickleball players will want to mix it up from time to time and want an option from only playing Pickleball and Spec Tennis is fun and challenging,and it will also attract many Tennis players that dont feel Pickleball is for them and Spec is a bit more like conventional Tennis.

Both Spec Tennis and Paddle Tennis on a pickleball court use the low pressure Orange Dot ball.